I almost had fallen of my chair when couple of months ago Tommy VK2IR called and asked me if I'd want to join them for activation of the South Solitary island off Coffs Harbour.

After checking my bank balance I quickly agreed.  The island can be reached only by helicopter from the mainland.  The company Precision Helicopters is the only company which provides the service.

Tommy had been working on this project for the last few years.  No doubt is was long and tedious process to clear it all through the National Parks.

The expedition was organized by the HARAOA radio club.
Helenic Amateur Radio Association Of Australia is very
active in actions of similar kind and I feel proud to be part of it. 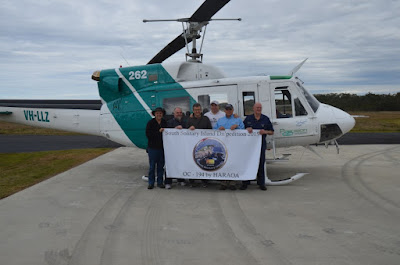 Just about to depart. 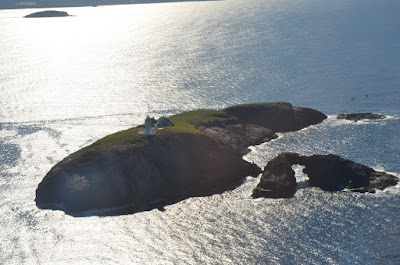 Here it is the great South Solitary island. 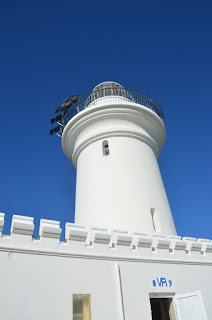 The main feature of the island... Lighthouse. 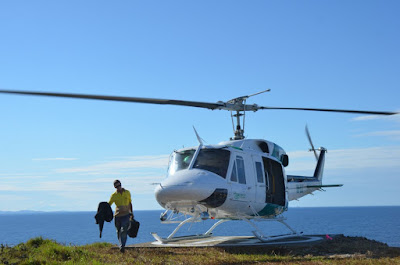 Just landed and Garry is unloading. 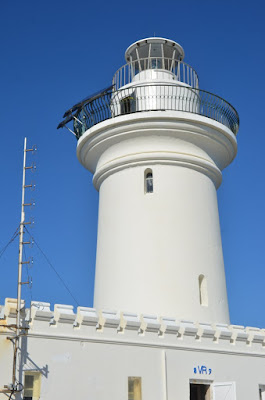 The building is in top nick... freshly painted. 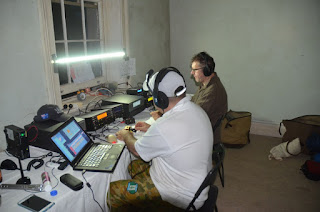 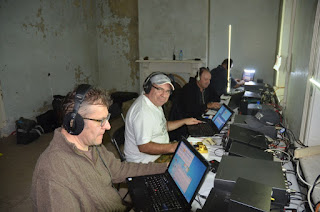 Nick, Tommy and Raffy in a full flight. 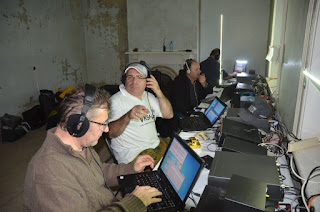 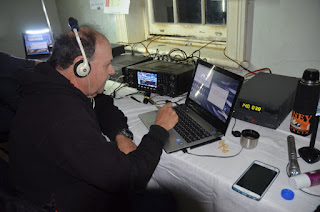 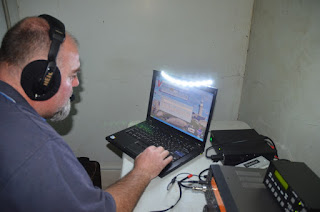 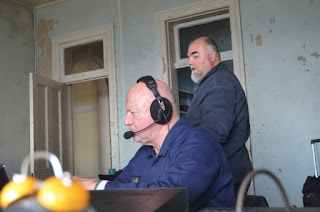 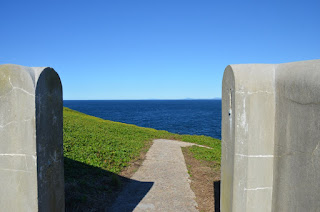 One of the views. 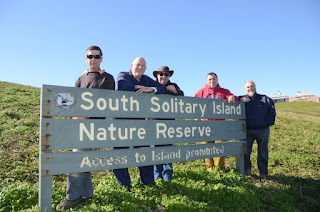 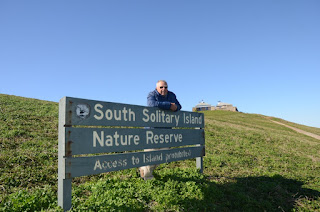 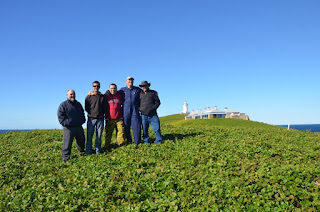 The second from left is Garry the ranger helping us. 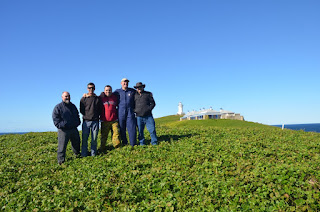 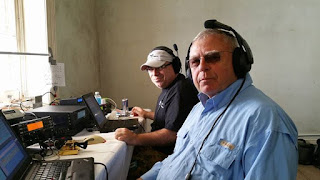 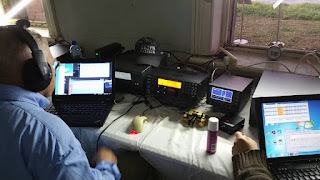 The operators:
Tommy, Nick and me were working CW (mainly) and Alan, Raffy and Jason were on SSB.
We finished with over 5600 QSOs during available approx 36 hours on the air.
The National Parks allowed us 48 hours on the island.  Setting up and breaking down the stations and antennas had taken the rest of the time.  We managed to have four stations  on the air most of that 36 hours..  The CONDX were not the best, however none of us called CQ more than few times to get a pile up going. 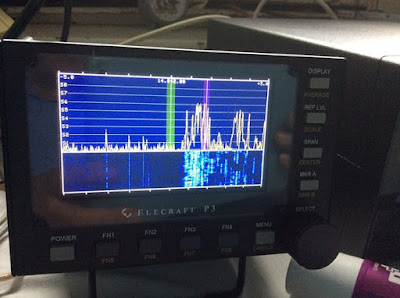 We were extremely lucky with the weather. Sunny windless days, but cool nights.  I was wearing my ski merino underwear and "just" managed .

I want to express my personal thanks to the rangers: Garry and Geoff.... thanks guys for looking after us.
The staff of Precision helicopters... nothing was too difficult for them.

I have only one complaint to make:  On Tuesday after sunrise on 30 m I was running rate about 90 qso per hour.  Then the central European stations (the so called European ZOO) started.  My rate dropped to 30 qso per hour.  Those guys just don't know how to behave.  Constant calling (even when I was transmitting, Transmitting during a contact with other station and not observing the fact that I was asking for one particular callsign. It is so upsetting when that happens.  We the expedition are there to give them the QSO, but they make it so difficult.  It is such a pleasure to work JA and US stations.  They are gentlemen.

This is the first version of the blog.  I will add some more as time will allow.  I'm putting most of the photos on picasa so you may be able to see some more.  Here is your link.
at July 30, 2015