For little bit of fun: 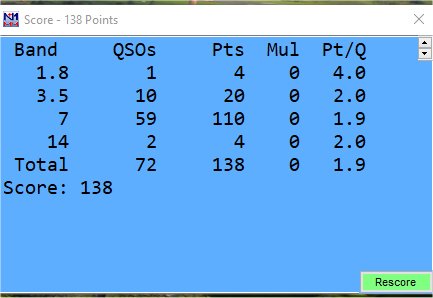 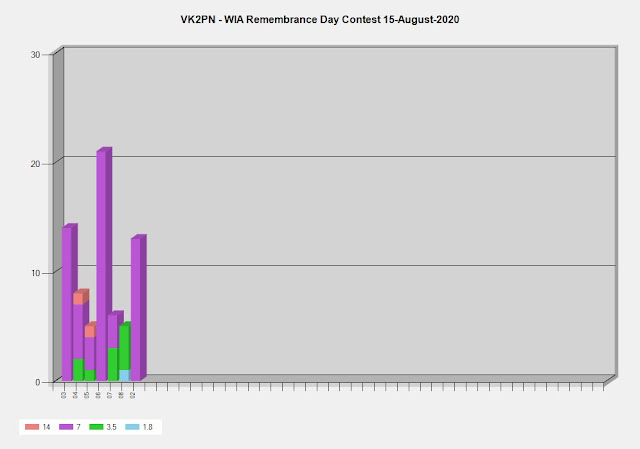 Murphy interfered big time.  In the evening when the 160 m band opened my hurriedly installed End Fed antenna for that band failed and I thought that the amplifier  "got sick".  Why it worked well on Friday and on Saturday morning and not on Saturday evening?

The good thing is that when I've removed the EF all was right again.  Amplifier is healthy.

Very interesting contest, however a little bit slow.  The world is working only EU stations.  The "interesting bit" the passing of QTC.  It is easy as the logger makes most of the work for you and you get extra points (i.e. for doing very little)

Feeling little worn out.  Just finished the test.  Been mixture of good and not too good as always. 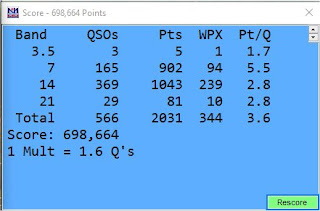 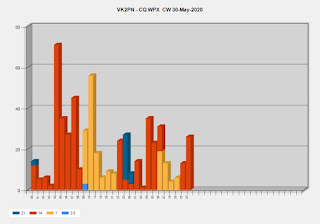 Quite pleased with this piece of wallpaper: 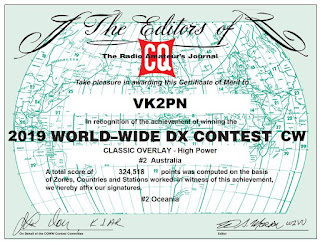 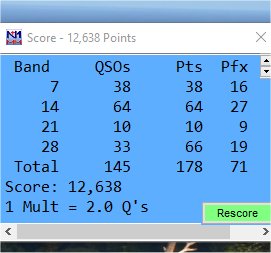 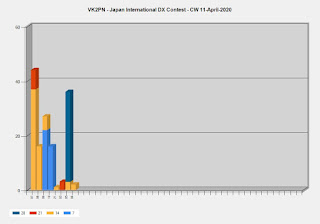 For the fourth year in row Australia has won the team section of the Radio Society of Great Britain’s Commonwealth Contest.
Australia One finished the contest with 35,683 points, with the top Canadian, World Traveller and New Zealand teams finishing second, third and fourth respectively.
Australia Two finished fifth overall in the team section, with 24,453 points
The CW-only Commonwealth Contest 2020 ran from 10.00 UTC on 14 March until
10.00 UTC on 15 March.
The stations in Australia One were Kevin VK6LW, John VK4CT, Barry VK2BJ, Steve VK6VZ and Alan
VK4SN, while Australia Two were Allan VK2GR, Brian VK3MI, Patrick VK2PN, Steve VK3JA and Rob VK6HG.
In addition we were ably supported by four Wireless Institute of Australia headquarters
stations, consisting of VK3WIA, VK4WIA, VK5WIA and VK6WIA. Many thanks to Lee VK3GK, the Sunshine Coast Amateur Radio Club, Grant VK5GR and Peter VK6RZ, who helped us by operating these HQ stations for as long as they could.
There were also some outstanding individual performances from Australia. Brian VK3MI was world second in the Restricted Unassisted section with 6,092 points, while Kevin VK6LW top scored for Australia with 8,060 points and finished eighth in the Open Unassisted section. Honourable mentions go to Barry VK2BJ and John VK4CT who tied for sixth place in the Open Assisted category, while Steve VK6VZ and Allan VK2GR respectively finished in tenth and eleventh places in the Open Unassisted category.
Overall, the conditions during the contest were typical for bottom of the solar cycle conditions, with 10m just about dead, 15m showing barely a pulse, 20m only giving brief openings into the UK on both short path and 80m providing both local and DX contacts. Thank goodness for 40m being in such excellent shape and providing up to half the points score for many competitors.
A big ‘thank you’ goes to all the other Australian stations who took part in Commonwealth Contest 2020.
The Radio Society of Great Britain’s Commonwealth Contest is one of the
oldest radio contests in existence, having been first run back in 1931
when it was known as British Empire Radio Week and lasted for six
days!
I hope to see you in Commonwealth Contest 2021.
73s from Steve Ireland, VK6VZ, Australian One Coordinator
at April 02, 2020 No comments: 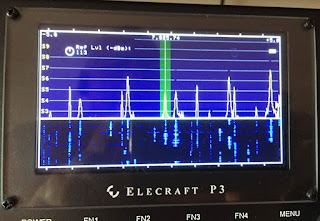 The band is in a good shape.  There is more than 20 station within the 10 kHz window. 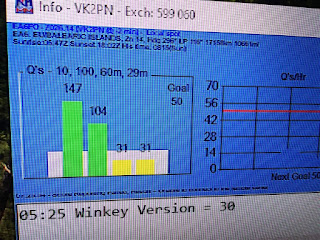 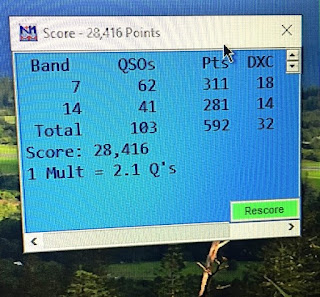 For little bit of fun: Murphy interfered big time.  In the evening when the 160 m band opened my hurriedly installed End Fed antenna for th...