this is the link to the photos:

Sometime ago I started to "play" with magnetic loops.  There is ample evidence on YouTube and many other places on the net about their advantages or otherwise. 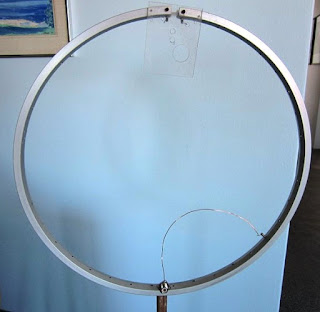 This is one of my very early tries.  Bicycle wheel.  It worked OK on 40 m.  As you can see I've removed the capacitor before it goes into recycle bin.

Here is the current version. 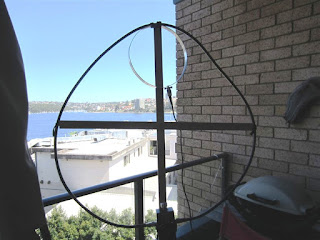 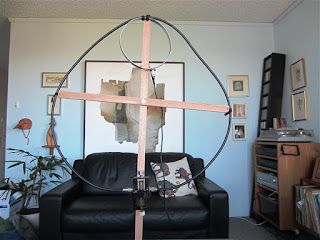 Two shots of the "current" version, modeled on Alex Loop commercial product. The loop is about one meter in diameter and is made from RG 213.  PL239 and SO259 connect it to the box housing the variable capacitor(s). Details of the capacitor arrangement.  Using two variable caps, one for rough adjustment and one for fine tune. 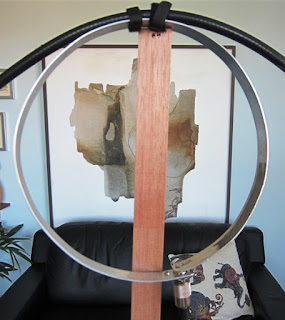 Above is the coupling loop about 1/5th of diameter of the magloop itself.

The whole assembly is tied to the timber cross with small velcro ties. 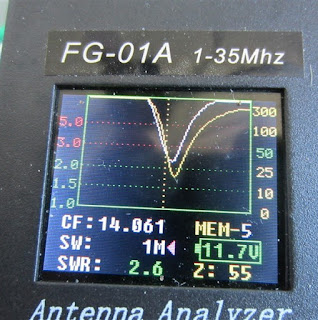 It actually matches quite well as you can see.  It is bit "fiddly" to get it on resonance/match, but yes it can be done.

Poorly comparing it to my current G5RV at almost the same height.

I guess it is OK if you are desperate to get on the air.  Don't expect to work DX.  To my very humble opinion: It works as well as piece of wet string (using brine to wet the string in question).

Patrick's VK2PN version of More's law in regard of antennas:


73 to all.
PS
Lucky that I can reuse all the "bits" for next/different project.