Yesterday at the club Greg VK2XE showcased his new (only three weeks) TS-990.  Well what can i say: 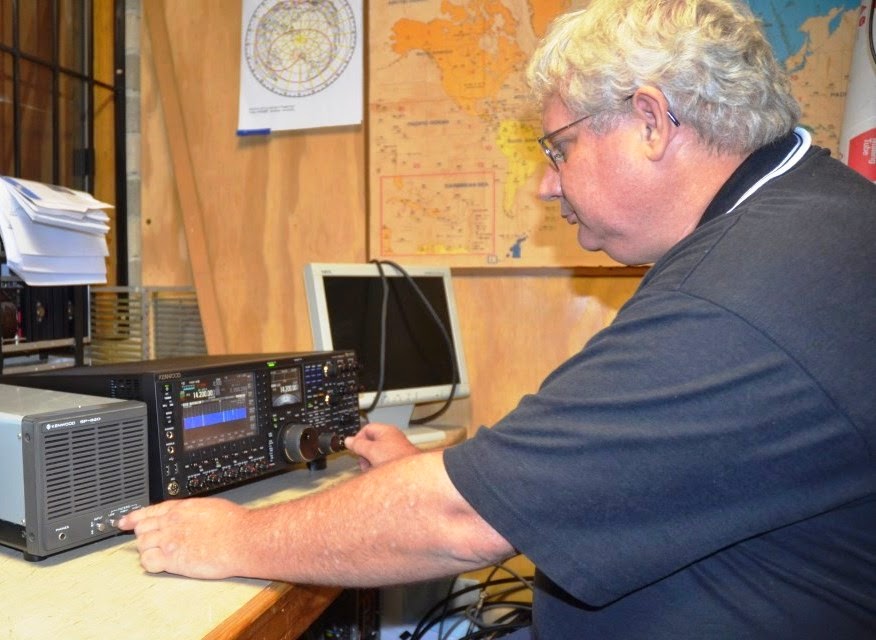 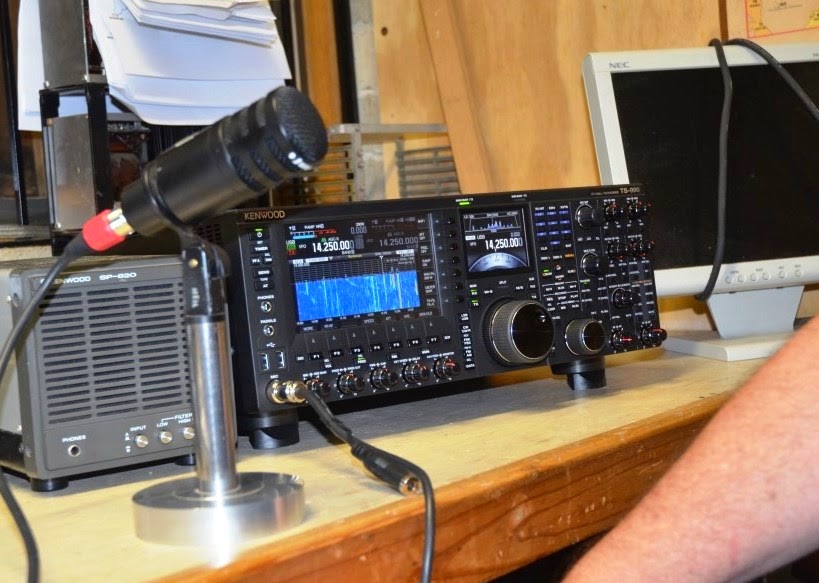 Without doubt, this is one very hansom radio 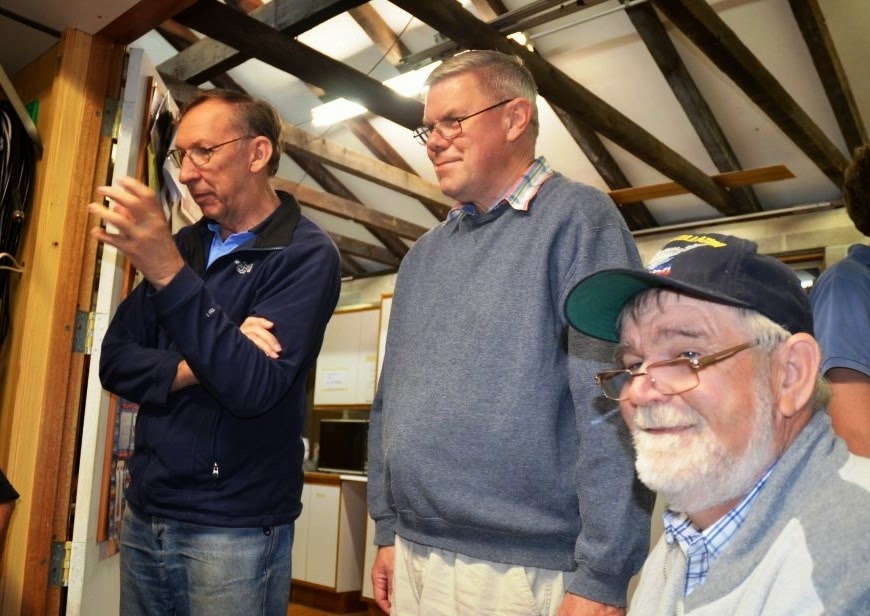 Many thanks Greg for your efforts.

About two weeks ago Tommy VK2IR emailed me asking if I'd like to join HARAOA in this action.  After asking Tommy if I can bring another operator he immediately agreed and I've contacted Matt VK2RQ.  Matt did not need much persuasion to go.

We met early on Friday am in La Perouse and soon the HARAOA members arrived, we walked in to start carrying gear up to the fort. Next step was the antenna building, cabling and unpacking of the radios.  I think that we were on the air well before eleven o'clock.  Then the fun started... If I say we were busy ... I'm understating the situation.  I was on 15 m CW and  from memory I've called CQ only twice and then it was continuous action.  The AX2CL was on the air.

Moxons monobanders for the higher bands and verticals for the lower bands: 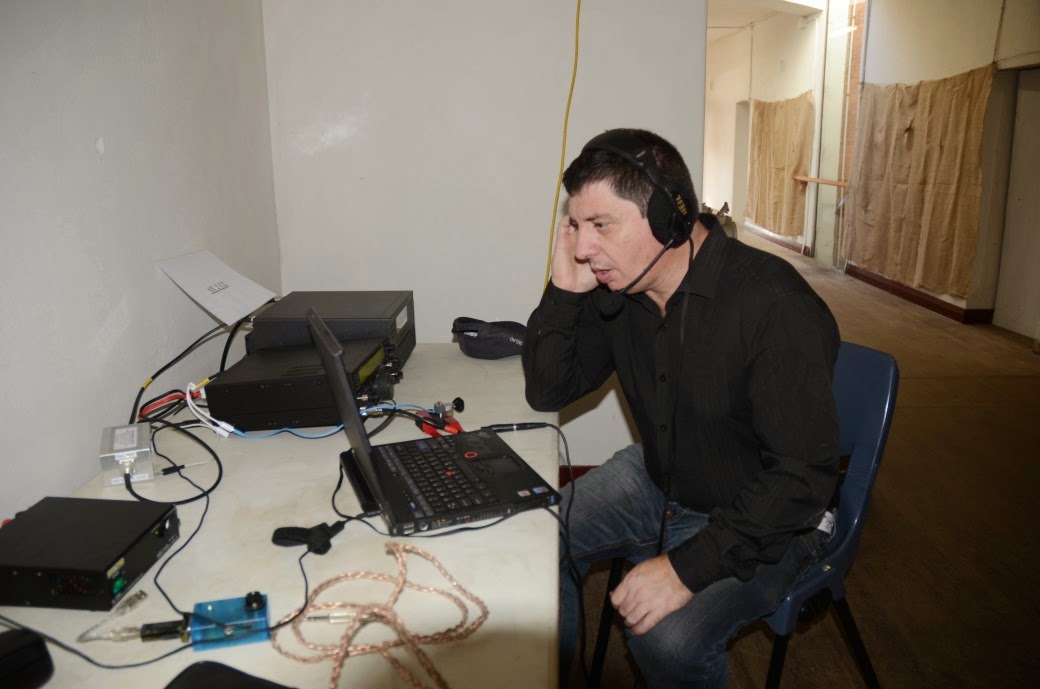 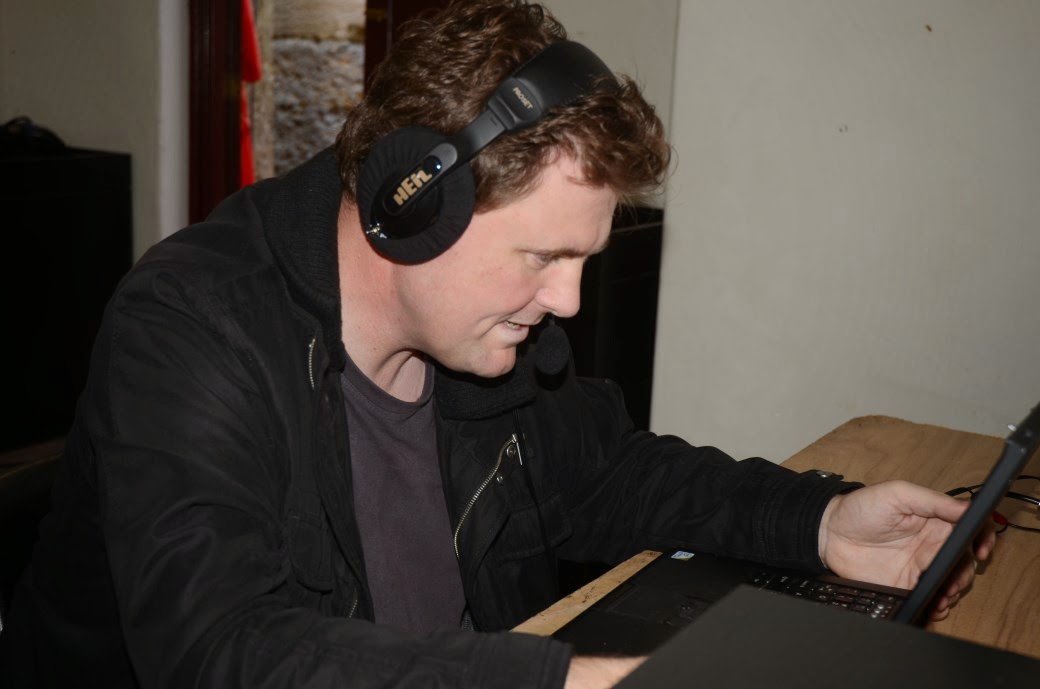 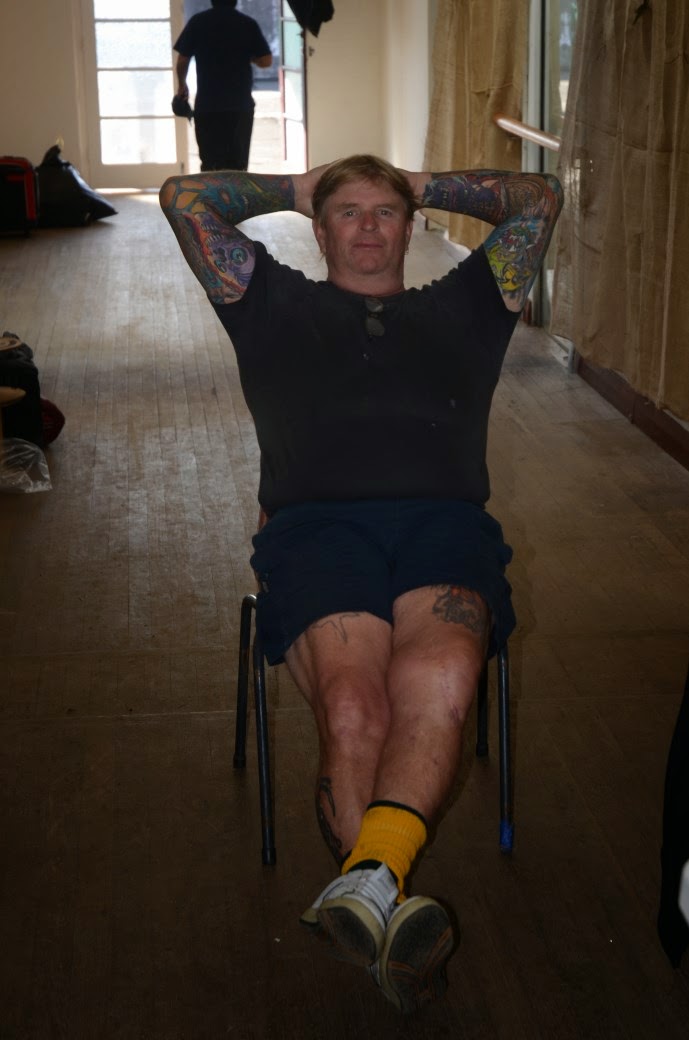 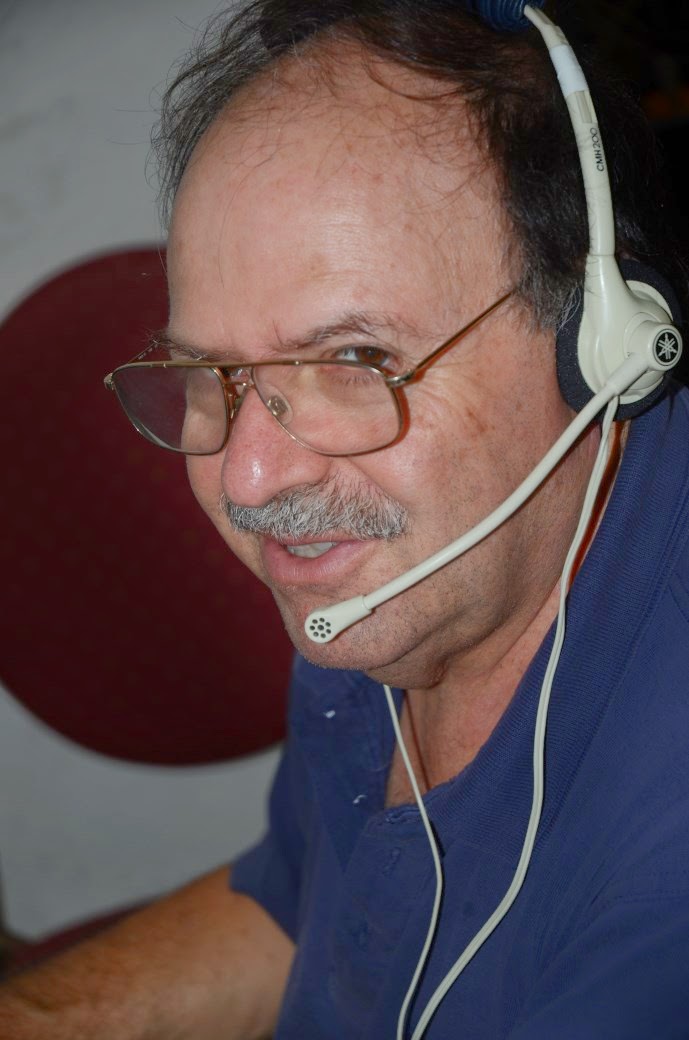 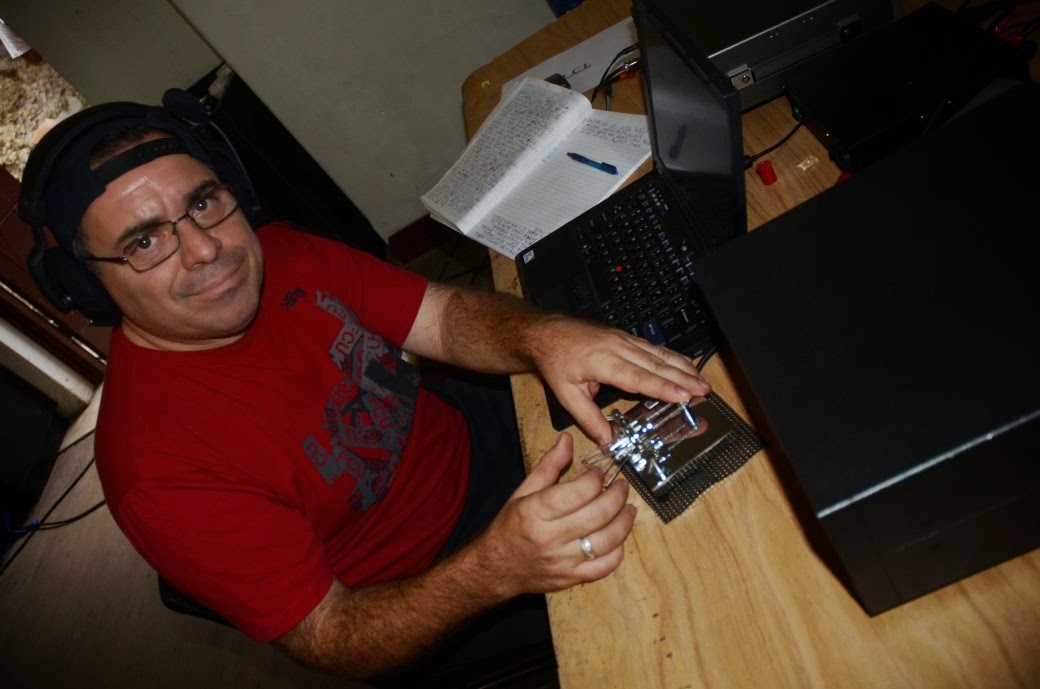 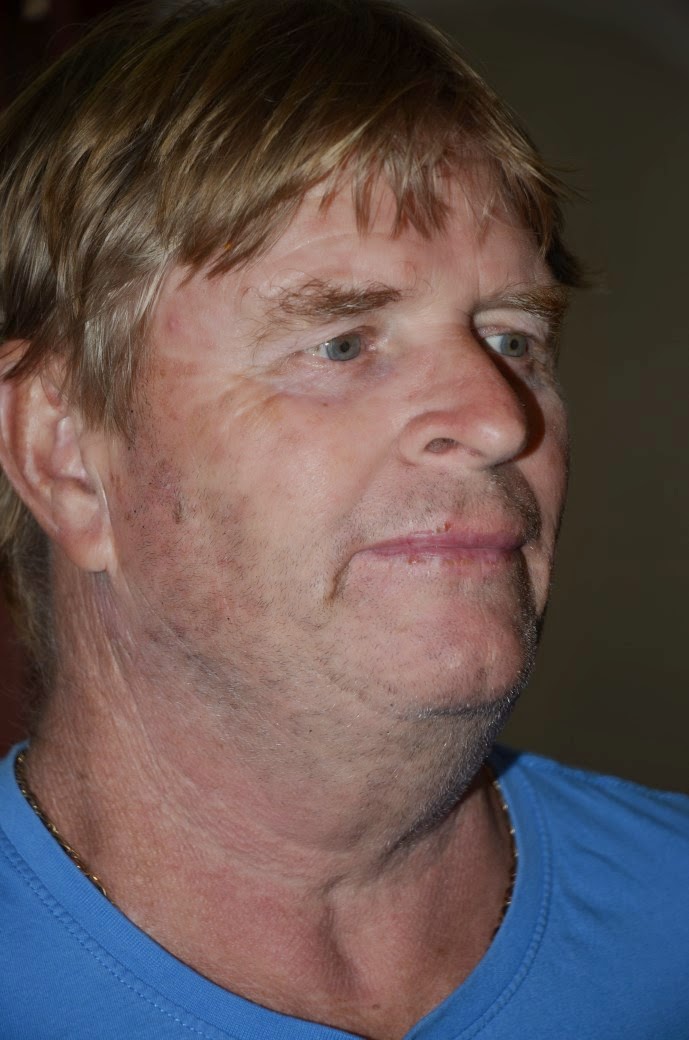 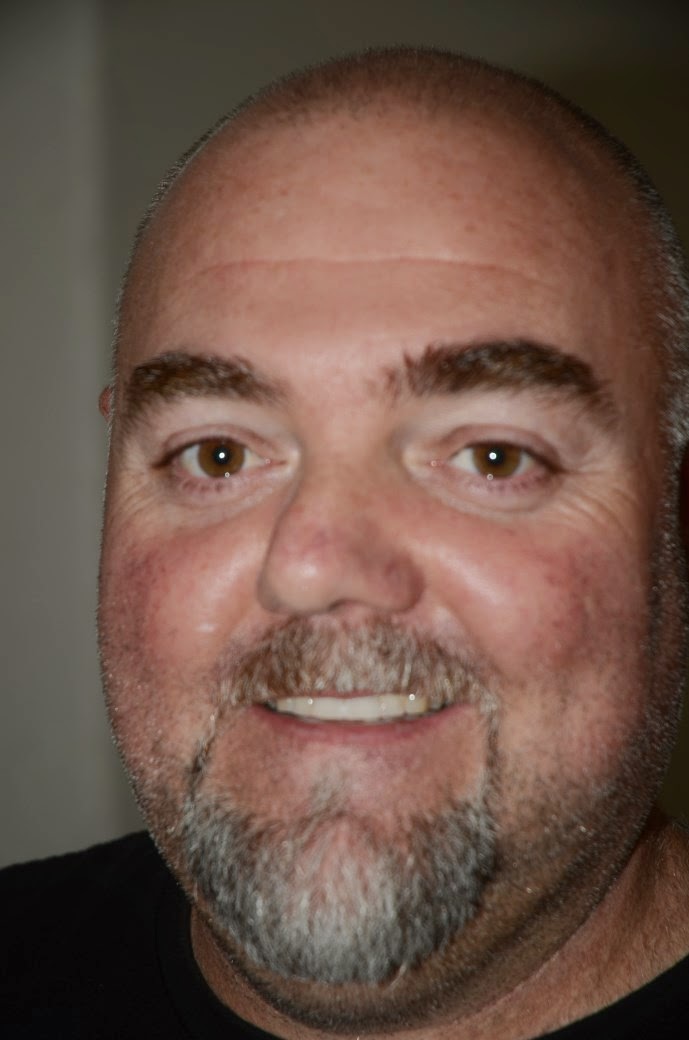 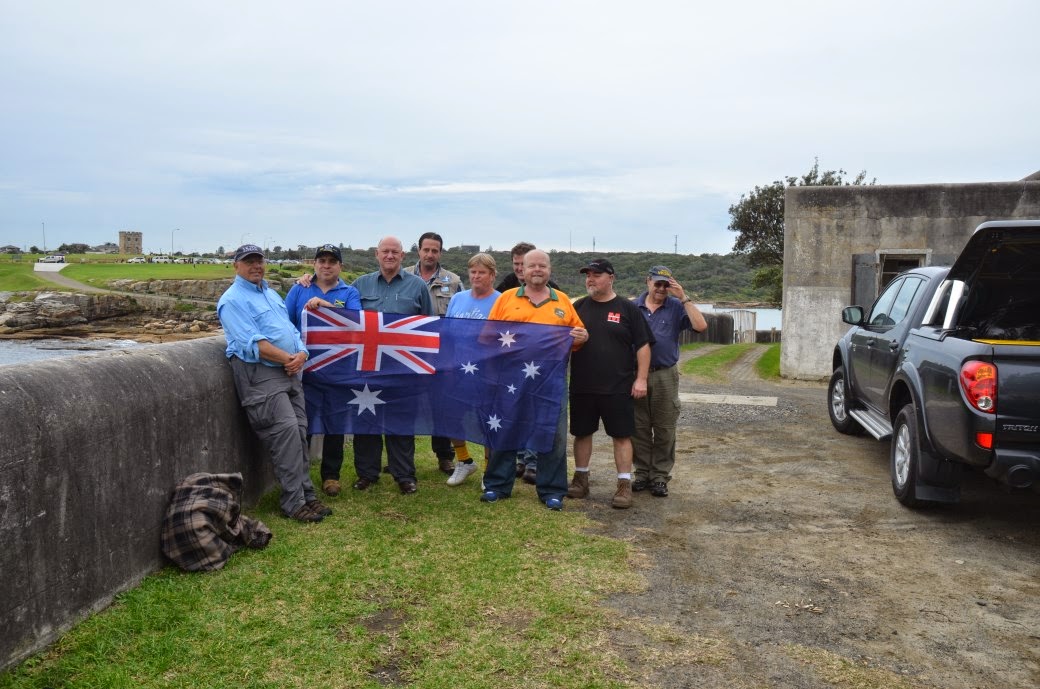 Above you have images of some of the operators hard in action.  As time goes I may add some more.

We all had a great time - mind you it was hard work too...

This year and also quite few years previously we went camping to Murrumbidgee river.
Absolutely gorgeous place and if you combine it with few friends, good food, campfire and few glasses of red wine - absolute bliss. 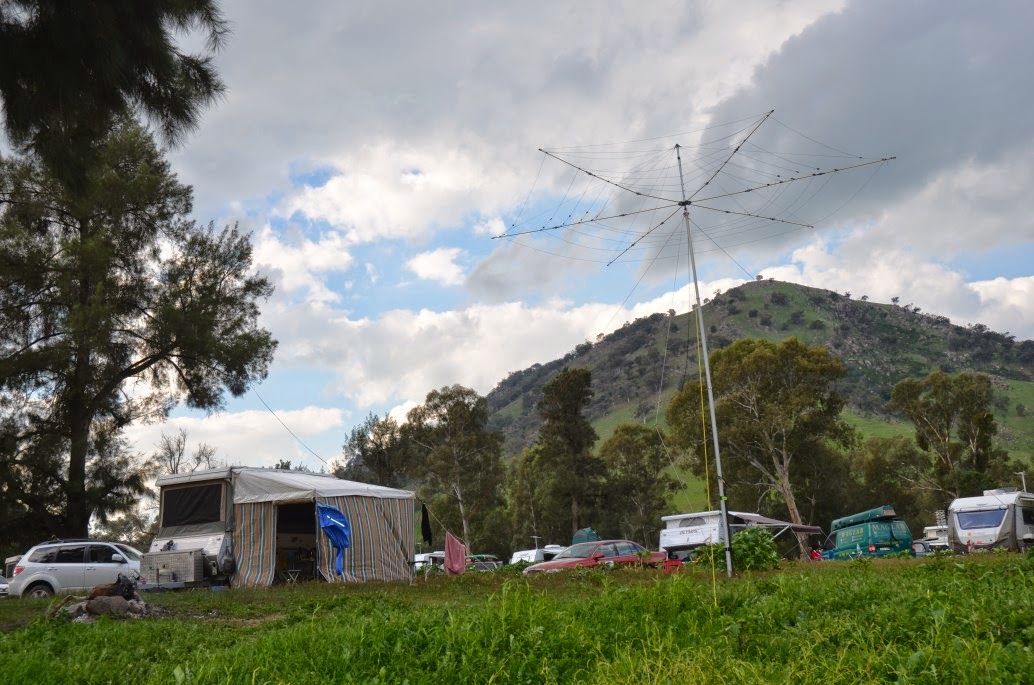 I had my KX3 with it's amplifier with me and has some fun operating. 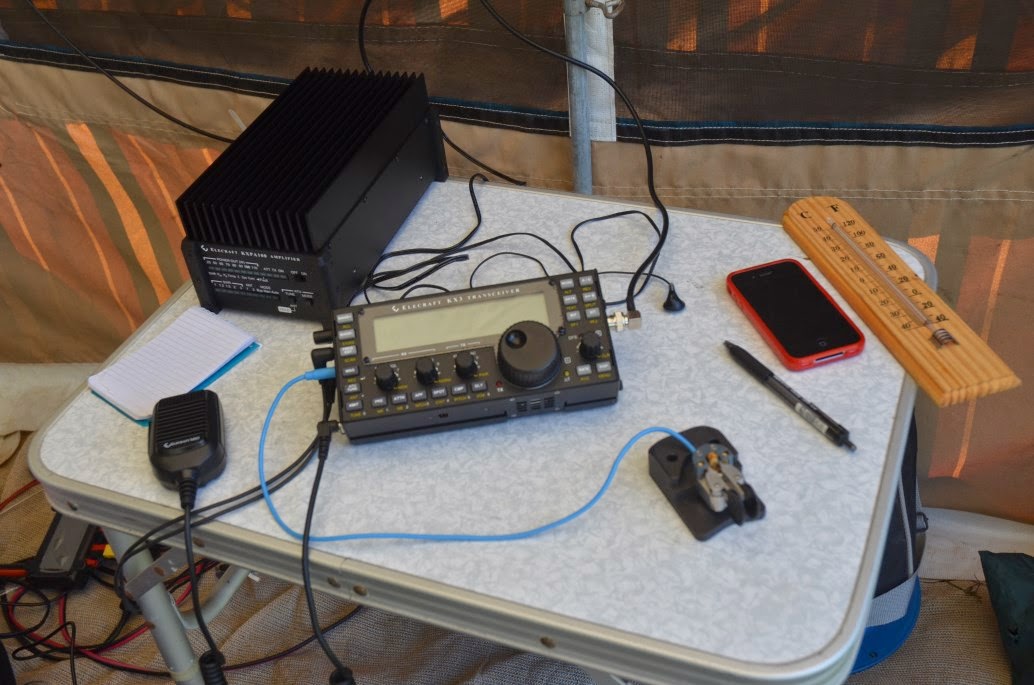 For antennas I had G5RV up in the trees and my folding hex in front of the camper for the higher bands. 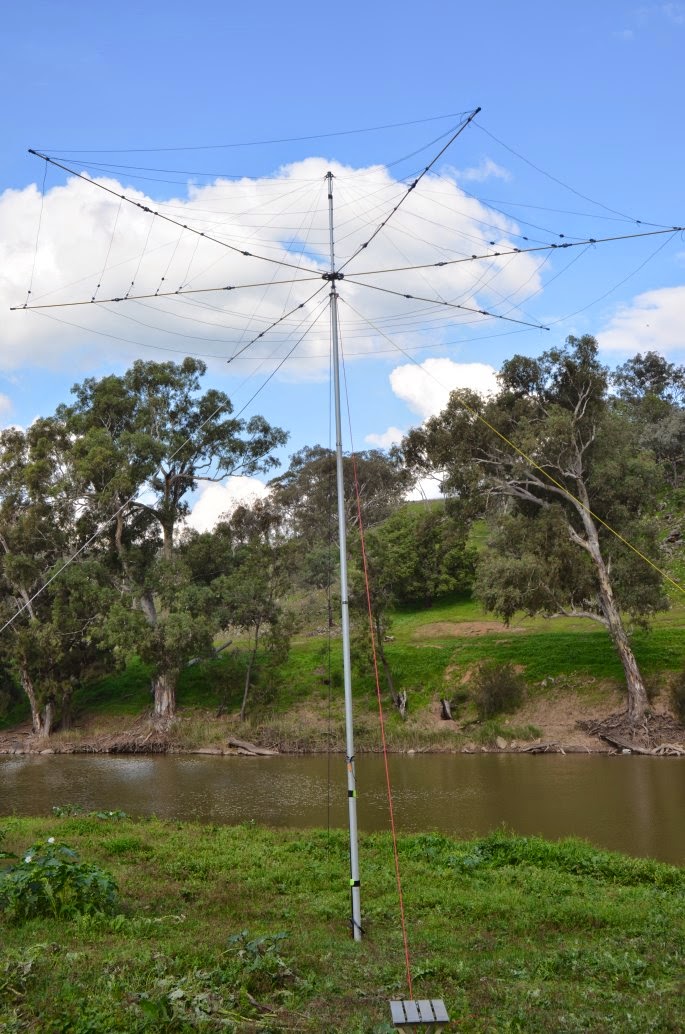 Despite the fact that we were in deep valley and the beam was aiming into a mountain in most directions I was able to work some DX.  I worked few US stations and then EU via short and long path.  On the higher bands the beam was always better than the wire by about a 1 S point and less noisy.
All good fun except the cold mornings.... Grrrr.... 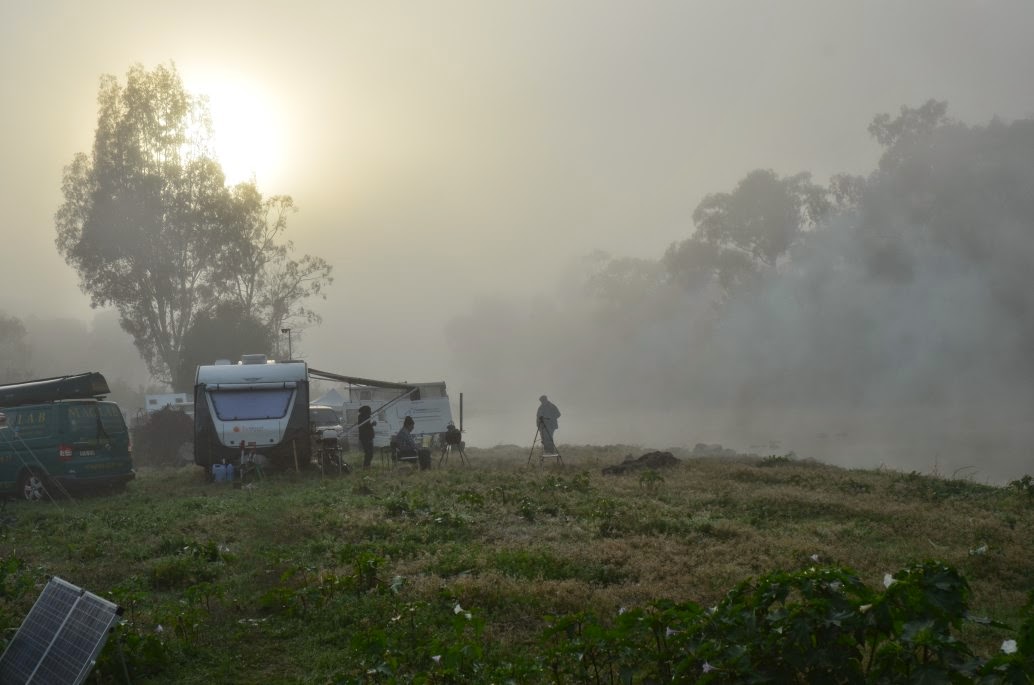 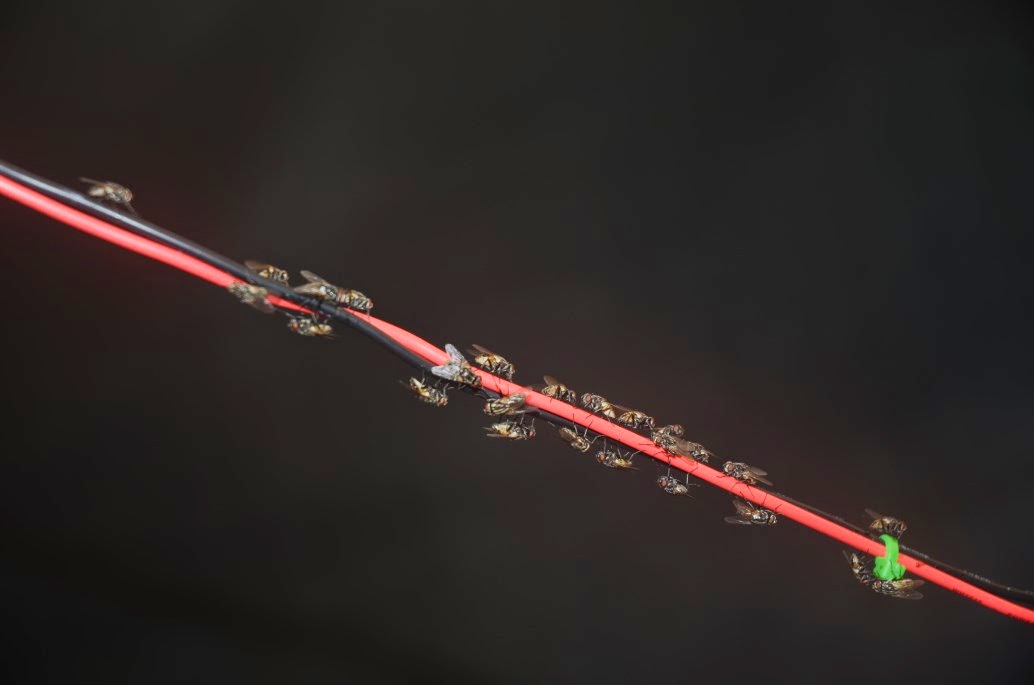 Bernd VK2IE organized the meeting.  We had very good time chatting about radios and contesting. 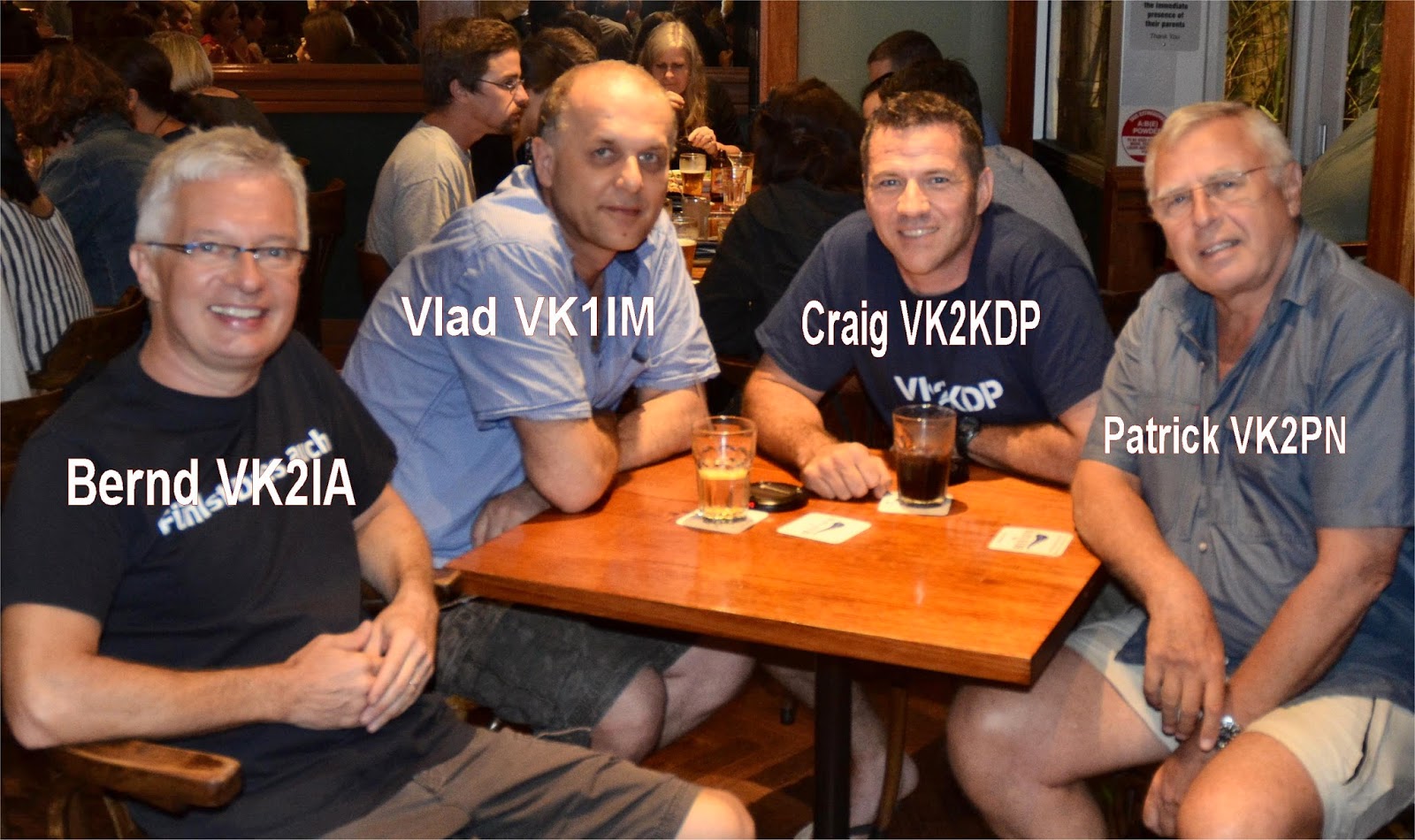 Pity that we were only four...

I felt great in the presence of the three aces...

I guess that is enough to get a QSL card.

To all operators on the Mellish reef... Thanks.  Hope you are having lots of fun.