Well chaps... it was fun after all.  Mix of frustration and delight.  The first delight was on eighty meters in the first hour of the test and the Canadians started to call.  Almost fell off the chair.  Then a call from Mauritius and Cayman island.  Had two good runs of "Gs" one on 20 m and the second before the end of the allocated time on 40.

The frustrations were, lotsa CQs with no answer (imagine the electricity wasted). And again when doing S&P and finding that I've got the lot I could see on the screen in the log already.

All nice ops - so thank you all.  And I got cranky only twice (I'm allowed to get cranky - I'm old) 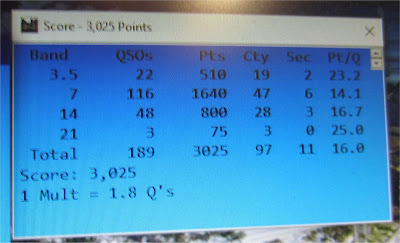 Last year I've learned a lesson.  Most of the action was on 40 m band and I did not have half decent antenna for that band.  So with the almost new trapped 40/80 dipole (by Tony VK3TZ) I've decided to make 40 m GP. 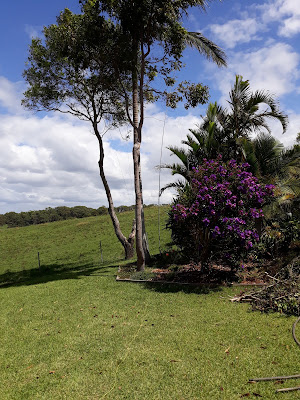 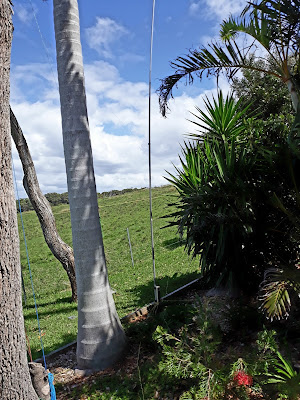 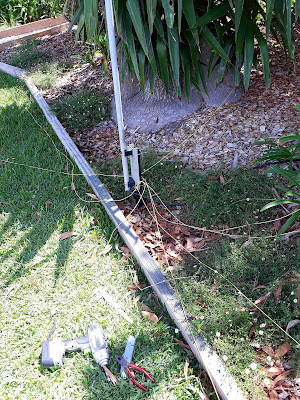 I did not expect such a good performance from that aluminium stick.  It worked a charm.  The origin was in long past some kind of trapped JA made vertical.  Had to find pieces of aluminium tubing and build the length of it.  The yellow wire is the ground plane (about eighteen of them). 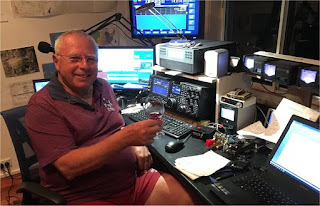