This last weekend was the IARU HF Championship contest.  I found myself with some free time (Heidi was in Melbourne therefore no Heidi QRM).

I was looking forward to some excitement on the HF bands and joined the CW section.  All was fine and the bands were kind to me and others except the ten meters band, which was very quiet.

Picture below is showing 10 kHz portion of 20 m band.  Plenty of strong signals there. 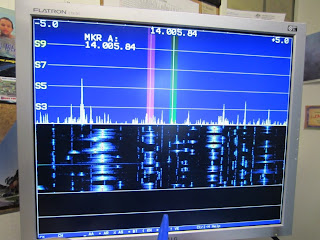 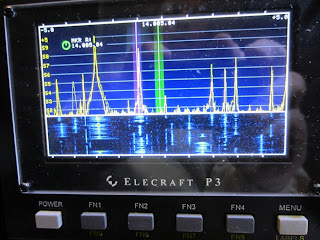 After about 10 hours of operation Mr. Murphy interfered again.  Something happened to the antenna/coax system and the SWR become high.  Had lot of RF in the shack and that affected the USB ports and my Winkeyer.  Had to stop in the middle of great fun. 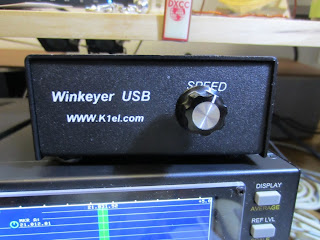 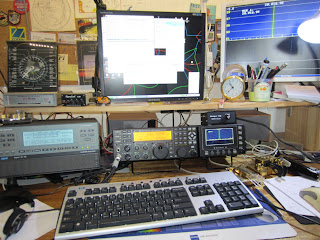 BTW some stations were giving the CQ zone numbers...   I wonder if it will affect the scoring???